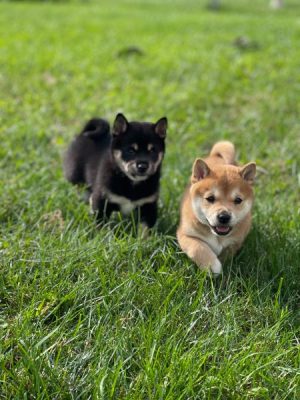 Every week, Benzinga conducts a survey to collect sentiment on what traders are most excited about, interested in or thinking about as they manage and build their personal portfolios.

This week we posed the following question to over 1,000 Benzinga visitors on cryptocurrency investing: If you had $1,000 to invest, would you put it on Bitcoin (CRYPTO: BTC) …

Related Topics:featured
Up Next

Bitcoin Bears to Resume Assault? Why BTC Could Crash to $33K

Bitcoin Bears to Resume Assault? Why BTC Could Crash to $33K

Bitcoin has been trading around its current levels for several days, leading to an apparent shift in sentiment across the crypto market. As BTC’s price trend to the upside after the U.S. Federal Reserve FOMC meeting, there seems to be an increase in optimistic on the crypto market.

In the short term, our Editorial Director Tony Spilotro has identified a TD Sequential buy signal on the 12-hour chart. As seen below, he highlighted a 13-buy setup with a trend to the downside which has been identified for some market participants as a bear flag.

On this timeframe, larger investors could be “baiting” retail into trading the bear flag. However, the TD Sequential suggest these investors could be entering a trap, as it suggests a short squeeze which could play out as soon as today’s daily close, according to Tony’s analysis.

Data from IntoTheBlock records major resistance level for Bitcoin bulls between $37,500 to $38,500. There are over 822.210 BTC which were purchased by 1.06 million addresses which could be seeking to take profit. A successful break above these levels could push BTC back to the $42,000 price mark.

Investment firm QCP Capital supports the short squeeze thesis due to the extend of the current bearish price action. The firm presented two key reasons on why Bitcoin and the crypto market could see a relief in February.

First, the U.S. FED has a “light agenda” for the coming month until 17 March. On this date, the financial institution could announce a decision on interest rates and a change in monetary policy. However, a 25 basis points (bps) seems to be priced in.

This could contribute with a relief in the crypto market, unless the FED decides to implement a more aggressive monetary policy. In any case, March could mark a turning point for Bitcoin and traditional markets, as investors will have their eyes on the FED.

Historically, QCP Capital Noted, February has been a bullish month for Bitcoin which records over 10% in average profits since 2015, with exception of 2020. The bearish price action at the time could have been driven by the COVID-19 pandemic which eventually also contributed with that year’s rally.

However, the firm expects 2022 to be a tough year for the crypto market due to significant macro-economic factors, mainly the actions to be adopted by the U.S. FED. The time at which these changes will be implemented, remain the most important factor and will have an important impact for either bulls or bears. QCP said:

(…) while we think a short-term squeeze higher is likely, we are not overly optimistic for 2022. We remain of the view that crypto prices will remain under pressure and struggle to break the all-time highs this year (…). Any indication of QT (Quantitative Tightnening) starting earlier than expected would be taken very badly by the market.

Related Reading | Go With The FED, Why Bitcoin Could Benefit From Interest Rate Hikes In 2022

As of press time, Bitcoin trades at $37,800 with sideways movement in the past 24 hours.

BTC with some small profits in the daily chart. Source: BTCUSD Tradingview

What Happened: The new Feastables line has debuted with the MrBeast Bar, which is being promoted as a gluten-free chocolate bar “that starts with four simple ingredients, including organic cocoa.” The MrBeast Bar is being launched in three flavors: Original Chocolate, Almond Chocolate and Quinoa Crunch Chocolate.

The new product is being made available direct to consumer on the Feastables.com website, with prices ranging from $2.98 for an individual bar to $49.99 for bundles. Walmart.com is the sole e-commerce site selling the new product, with individual bars available on for $2.98, and the instant delivery company Gopuff is making the product available for distribution in …

AMISOM Kicks Off Training for Somali Police on Asset Management 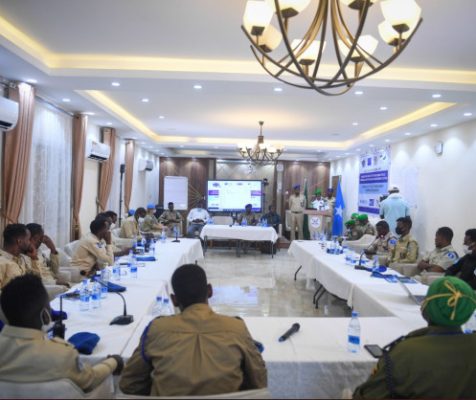 MOGADISHU, Jan. 30 (Xinhua) — The African Union Mission in Somalia (AMISOM) and its partners said Sunday it has kicked off a week-long asset management technical training program for senior and mid-level officers of the Somali Police Force (SPF).

The training being attended by 18 SPF officers from the departments of logistics, communications, and transport; and others from the SPF Directorate of Training and Pl